Tom Bateman
Christian McKay
Donald Sumpter
Stephanie Hyam
Natalie Gumede
Richard E. Grant
Enzo Cilenti
Natasha O'Keefe
Ruby Bentall
Michael Karim
Jekyll and Hyde is a British television series set to air on ITV on 25 October 2015. Taking place in London during the glamorous 1930's, the series tells the tale of Robert Jekyll and his quest to discover his real identity, his true family history and the nature of his "curse".

The series was conceived based on an idea by novelist Charlie Higson, and was inspired by the novel The Strange Case of Dr Jekyll and Mr Hyde by Robert Louis Stevenson. Central to the story of the series is Dr. Robert Jekyll, who transforms into Hyde in moments of extreme anger or life threatening situations.

Add a photo to this gallery 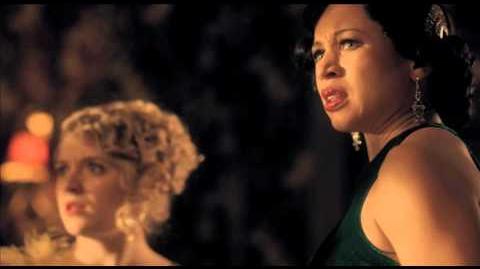 Retrieved from "https://jekyllandhyde.fandom.com/wiki/Jekyll_and_Hyde?oldid=5613"
Community content is available under CC-BY-SA unless otherwise noted.